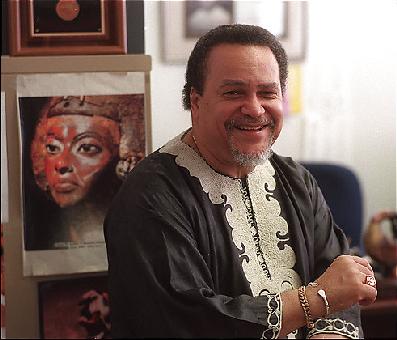 1. Cultural Antiquity and Continuity Starts in Pre-Dynastic Times and Go to 640 A.D.

We must remember this when reading or listening to presentations about Kemet. Even those who eventually conquered Kemet adopted its culture.

The older architecture is superior to the later works. It's as if the art and discipline was forgotten with time.

3. The Entire Orientation of the Ancient Kamites is Southern.

Word for face and South, right and West, left and East, North and back of head are respectively the same.

4. The Origin of the Kamites is Southern.

6. All Invasions Were Destructive.

No one donated culture to ancient Kemet

7. Arabic Migration Mixes with Nubian People in the Kemetic Valley at and After the Time of Muhammad.

Arabic people come in from Syria and Assyria in large numbers for the first time as the first large population of settlers after Muhammad. And with Islam, you have the first change in the fundamental culture of Kemet.

The ancient Kemetic people got religion by studying aspects of nature. Nature, when viewed systematically, represents "God" anywhere you look.

If you keep seeing the same patterns and rules repeated over and over again in nature, you suddenly realize that there is something bigger that you can't grasp that is behind all this. Therefore, you study yourself into religion.

9. There is No Dualism in Kemetic Culture.

Dualism in interpretation philosophically or culturally is a western phenomenon. (Example, Kierkegaard: It's got to be either this or that). The priest was a scientist. No split between a person searching truth through one means and a person seeking it through another. No split between science and religion, the sacred and the secular.

EIGHT RULES FOR SEARCHING ABOUT INFORMATION ABOUT ANCIENT KEMET

…because of all the mistakes that have been made in the study of ancient Kemet by most of those who have been funded to do that research in the western world, those in France, those in the United States.

1. Organize Your Data in Chronological Order.

Know where you are in time whenever you are reading a piece of literature.

2. Make Sure You Always Use the Kemetic Names.

Never use the foreign names for Kemetic reality, towns, or people because the names contain as much of the history as the text that is written besides the names. If your change names, you lose the meaning. Keep the names correct, or you will miss data for interpreting the meaning of what you are looking at.

4. Look for Activity in the Peak Periods, not the Intermediate Periods.

5. Separate Your Native People from Your Foreign People.

6. Don't Pick Pieces of Information and Treat Them in Isolation.

Be comprehensive and contextual when you treat this information.

7. Remember the Fact of Cultural Unity.

In whatever investigation that you do, in order to avoid the mistakes of the past, wherever possible, use multidisciplinary, multinational team.

All the Greek scholars and Roman scholars whoever described the Kamites who were eyewitnesses were unified in calling them black people. None of them who saw them ever called them white people. You won't find it in their literature.

7. The Kemetic self description, they called themselves black people

In fact, that was the name of their country (The black people).

All of their gods were black.

9. Evidence from the Bible.

10. Cultural Unity with the rest of Africa.

The Peopling of Ancient Egypt and the Deciphering of Meroitic Script, UNESCO (Ghent: Unesco, 1978)

Note: The entire, unabridged, Eight-Volume set of The General History of Africa Series may be purchased individually or as a set from: http://www.ucpress.edu/books/UNESCO.ser.html

May be purchased from: http://www.ucpress.edu/books/pages/8548.html

Article has been extracted from  http://www.cwo.com/~lucumi/kemet.html