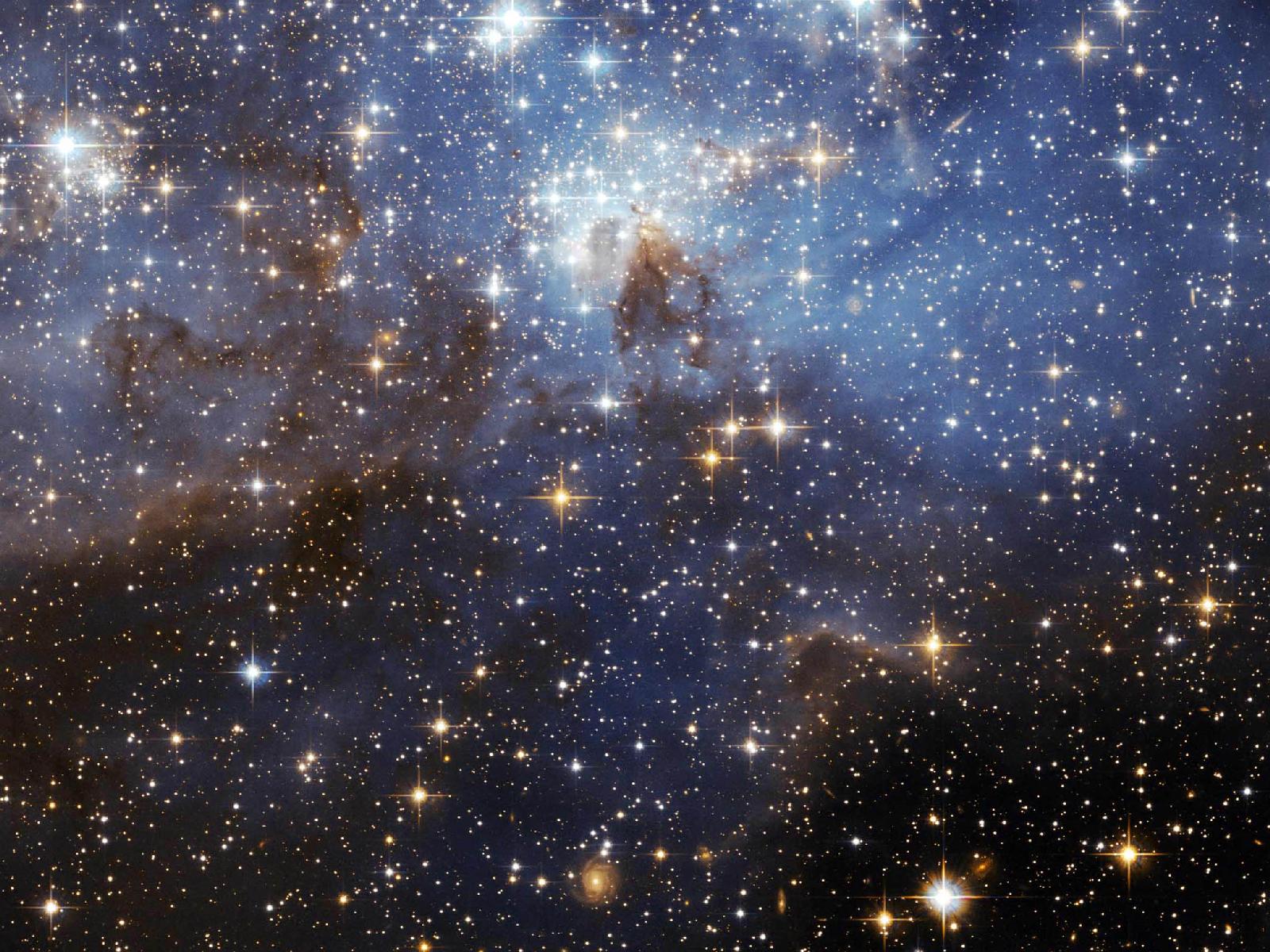 "Under, and back of, the Universe of Time, Space and Change, is ever to be found The Substantial Reality — the Fundamental Truth." — The Kybalion.

"Substance" means: "that which underlies all outward manifestations; the essence; the essential reality; the thing in itself," etc. "Substantial" means: "actually existing; being the essential element; being real," etc. "Reality" means: "the state of being real; true, enduring; valid; fixed; permanent; actual," etc.

Under and behind all outward appearances or manifestations, there must always be a Substantial Reality. This is the Law. Man considering the Universe, of which he is a unit, sees nothing but change in matter, forces, and mental states. He sees that nothing really IS, but that everything is BECOMING and CHANGING. Nothing stands still — everything is being born, growing, dying — the very instant a thing reaches its height, it begins to decline — the law of rhythm is in constant operation — there is no reality, enduring quality, fixity, or substantiality in anything — nothing is permanent but Change. He sees all things evolving from other things, and resolving into other things — a constant action and reaction; inflow and outflow; building up and tearing down; creation and destruction; birth, growth and death. Nothing endures but Change. And if he be a thinking man, he realizes that all of these changing things must be but outward appearances or manifestations of some Underlying Power — some Substantial Reality.

All thinkers, in all lands and in all times, have assumed the necessity for postulating the existence of this Substantial Reality. All philosophies worthy of the name have been based upon this thought. Men have given to this Substantial Reality many names — some have called it by the term of Deity (under many titles); others have called it "The Infinite and Eternal Energy"; others have tried to call it "Matter" — but all have acknowledged its existence. It is self-evident — it needs no argument.

In these lessons we have followed the example of some of the world's greatest thinkers, both ancient and modern the Hermetic Masters — and have called this Underlying Power — this Substantial Reality — by the Hermetic name of "THE ALL," which term we consider the most comprehensive of the many terms applied by Man to THAT which transcends names and terms.

We accept and teach the view of the great Hermetic thinkers of all times, as well as of those illumined souls who have reached higher planes of being, both of whom assert that the inner nature of THE ALL is UNKNOWABLE. This must be so, for naught by THE ALL itself can comprehend its own nature and being.

The Hermetists believe and teach that THE ALL, "in itself," is and must ever be UNKNOWABLE. They regard all the theories, guesses and speculations of the theologians and metaphysicians regarding the inner nature of THE ALL, as but the childish efforts of mortal minds to grasp the secret of the Infinite. Such efforts have always failed and will always fail, from the very nature of the task. One pursuing such inquiries travels around and around in the labyrinth of thought, until he is lost to all sane reasoning, action or conduct, and is utterly unfitted for the work of life. He is like the squirrel which frantically runs around and around the circling treadmill wheel of his cage, traveling ever and yet reaching nowhere — at the end a prisoner still, and standing just where he started.

And still more presumptuous are those who attempt to ascribe to THE ALL the personality, qualities, properties, characteristics and attributes of themselves, ascribing to THE ALL the human emotions, feelings, and characteristics, even down to the pettiest qualities of mankind, such as jealousy, susceptibility to flattery and praise, desire for offerings and worship, and all the other survivals from the days of the childhood of the race. Such ideas are not worthy of grown men and women, and are rapidly being discarded.

(At this point, it may be proper for me to state that we make a distinction between Religion and Theology — between Philosophy and Metaphysics. Religion, to us, means that intuitional realization of the existence of THE ALL, and one's relationship to it; while Theology means the attempts of men to ascribe personality, qualities, and characteristics to it; their theories regarding its affairs, will, desires, plans, and designs; and their assumption of the office of "middle-men" between THE ALL and the people. Philosophy, to us, means the inquiry after knowledge of things knowable and thinkable; while Metaphysics means the attempt to carry the inquiry over and beyond the boundaries and into regions unknowable and unthinkable, and with the same tendency as that of Theology. And consequently, both Religion and Philosophy mean to us things having roots in Reality, while Theology and Metaphysics seem like broken reeds, rooted in the quicksands of ignorance, and affording naught but the most insecure support for the mind or soul of Man. We do not insist upon our students accepting these definitions — we mention them merely to show our position. At any rate, you shall hear very little about Theology and Metaphysics in these lessons.)

"THAT which is the Fundamental Truth — the Substantial Reality — is beyond true naming, but the Wise Men call it THE ALL." — The Kybalion.

"In its Essence, THE ALL is UNKNOWABLE." — The Kybalion.

"But, the report of Reason must be hospitably received, and treated with respect." — The Kybalion.

The human reason, whose reports we must accept so long as we think at all, informs us as follows regarding THE ALL, and that without attempting to remove the veil of the Unknowable:

1. THE ALL must be ALL that REALLY IS. There can be nothing existing outside of THE ALL, else THE ALL would not be THE ALL.

3. THE ALL must be IMMUTABLE, or not subject to change in its real nature, for there is nothing to work changes upon it; nothing into which it could change, nor from which it could have changed. It cannot be added to nor subtracted from; increased nor diminished; nor become greater or lesser in any respect whatsoever. It must have always been, and must always remain, just what it is now — THE ALL — there has never been, is not now, and never will be, anything else into which it can change.

THE ALL being Infinite, Absolute, Eternal and Unchangeable it must follow that anything finite, changeable, fleeting, and conditioned cannot be THE ALL. And as there is Nothing outside of THE ALL, in Reality, then any and all such finite things must be as Nothing in Reality. Now do not become befogged, nor frightened — we are not trying to lead you into the Christian Science field under cover of Hermetic Philosophy. There is a Reconciliation of this apparently contradictory state of affairs. Be patient, we will reach it in time.

We see around us that which is called "Matter," which forms the physical foundation for all forms. Is THE ALL merely Matter? Not at all! Matter cannot manifest Life or Mind, and as Life and Mind are manifested in the Universe, THE ALL cannot be Matter, for nothing rises higher than its own source — nothing is ever manifested in an effect that is not in the cause — nothing is evolved as a consequent that is not involved as an antecedent. And then Modern Science informs us that there is really no such thing as Matter — that what we call Matter is merely "interrupted energy or force," that is, energy or force at a low rate of vibration. As a recent writer has said "Matter has melted into Mystery." Even Material Science has abandoned the theory of Matter, and now rests on the basis of "Energy."

What is there then higher than Matter or Energy that we know to be existent in the Universe? LIFE AND MIND! Life and Mind in all their varying degrees of unfoldment! "Then," you ask, "do you mean to tell us that THE ALL is LIFE and MIND?" Yes! and No! is our answer. If you mean Life and Mind as we poor petty mortals know them, we say No! THE ALL is not that! "But what kind of Life and Mind do you mean?" you ask.

The answer is "LIVING MIND, as far above that which mortals know by those words, as Life and Mind are higher than mechanical forces, or matter — INFINITE LIVING MIND as compared to finite Life and Mind." We mean that which the illumined souls mean when they reverently pronounce the word: "SPIRIT!"

"THE ALL" is Infinite Living Mind — the Illumined call it SPIRIT!

From Tehuti's(Hermes)Universal laws espoused in The Kybalion